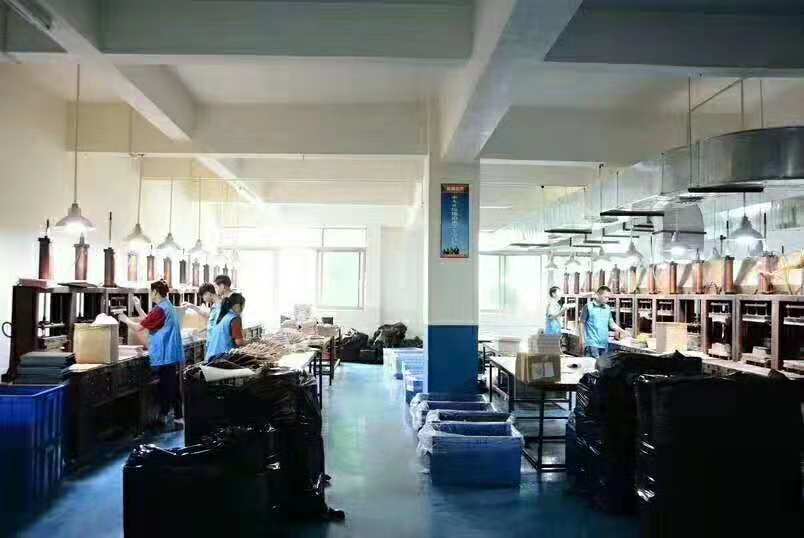 Prev Next
Our workshop2-Mould Fixing

We call this workshop "moulding". For each invisible bra, we need first making the cup mould. Each design will have its own

cup mould, each size will have different mould. And the cost for making a mould is usually around $200/mould. So if it is a

new design bra cup, or the size is specially, our factory will discuss with customer and tell them that we need to make a new

that it is not easy even for the very simple invisible bra.

After moulding, we will make a few samples to see the design of cup is qualified or not. Usually, a mould will be modified a

After moulding, then we can put a few lines fabric which already sewed with sponge on the mould, and start fixing. The result

of fixing is to make the bra cup shape.  In this workshop, temperature is quite high, especially in summer time, the highest temerature

We have more than 100 mould cup for Bra. So any size the customer need,we can open the mold cup for them within 7 days.

Hello, please leave your name and email here before chat online so that we won't miss your message and contact you smoothly.